What do military guys look for in a girl?

The job of the military is not easy and they have to make a lot of sacrifices when serving their country. All of this comes with a lot of stress and worries and during such times they look for the support of their loved ones.

If you are planning to be a military girlfriend or already in a new military relationship, there are a few things you need to know about what do military guys look for in a girl.

What Do Military Guys Look For In A Girl

The military community is the most welcoming when it comes to girlfriend as they don’t think you are a serious partner unless you are married.

But many military girlfriends are committed to their men and this is possible when you can be his source of support by showing a little strength and understanding.

Let’s take a look at some of the things that military guys look for in a girl when they are ready to get into a relationship.

Many women want their men to prioritize them over everything else. But when it comes to serving the country he wants you to understand that his job comes first.

Even though you are the only person in his heart, his job will always come before you. But that doesn’t mean that you are not important to him and that you can’t schedule fun date nights.

Serving his country is a part of his job and you should not take it personally when he has to go on deployments and cannot tell you about it.

2. He Can Get Deployed Anytime

When serving in the military he can be deployed suddenly to another country.

There may be instances when he can’t inform you and this is something you need to understand. Even during his deployment, he might get limited time to interact with you.

A deployment can range from months to over a year. And when he is doing his job, he shouldn’t have to worry about you or he can’t focus on his job. The last thing he wants to hear from you is about your struggles.

A job in the military means there will be many secrets related to locations and missions that he can’t share with anybody outside his unit.

He wants you to know that under any condition he cannot share his secrets with you and that is something you should understand.

4. You Should Be Loyal

Loyalty and trust are an important part of any relationship. There are many cases of cheating by military partners when they are deployed to another place.

If you want to be a military girlfriend, you shouldn’t be that person. He wants you to be faithful to him and someone he can trust. This trust should be very strong and should work even when you are thousands of miles apart.

5. He Can’t Be There During Important Events

Whether it’s your birthday, anniversary, holiday, or any important event, he expects you to understand that he can’t be there with you all the time.

His plans can change any time due to his deployment getting extended or some other reason. You should go with the flow because the plans always keep changing.

This can be disappointing sometimes but it is something that you should understand. 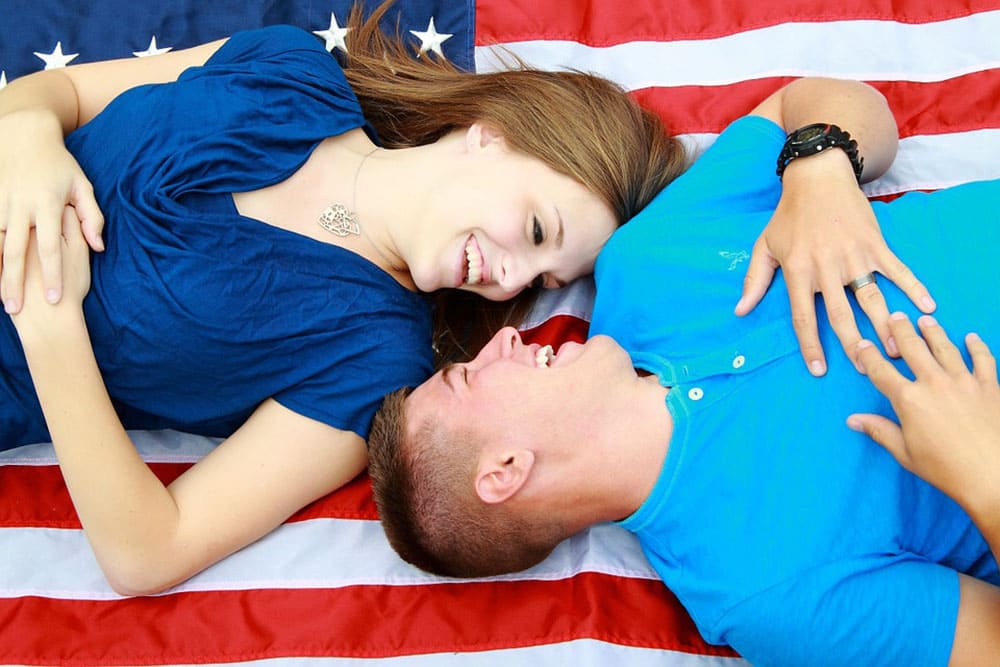 what do military guys look for in a girl

6. He Wants You To Listen

The military job comes with both good and bad days. And when he goes through bad days he wants to vent it out and wants you to be there to listen to him.

Even though you can’t give him any advice unless you have served in the military and understand what he goes through, you can still be there to listen to him and support him during his dark days.

7. He Wants You To Understand the Military

You may feel left out if you don’t understand what he is talking about. When you become his girlfriend, he makes you a part of his unit and expects you to learn about the military so that you can understand his job. He can even have some fun conversations with you in military codes.

8. He Wants You To Be Independent

He Wants You To Be Independent And Individual Since he will be deployed to other places for longer periods, he wants you to be an independent woman and someone who can survive without him.

He can’t be there with you all the time and sometimes even during your difficult times so you should be able to do things on your own or with the support of your friends and family.

9. You Should Grow With Him

Even though he will encourage you to be an individual and independent woman when it comes to your relationship he wants you to grow with him.

And with every step he wants you to grow with him better and stronger.

Even though he won’t explicitly mention this, it is something that you have to figure out on your own.

The last thing he wants to listen to when he is in service are your rants and struggles since he has to deal with his problems. He will expect you to be positive and talk positive and supporting words whenever he calls you.

11. He Wants Your Support And Understanding

The job of the military comes with a lot of stress and things he has to see and do during his service can change him a lot. Most military personnel when return home after their service tends to suffer from PTSD.

They might have a hard time sleeping due to nightmares and wake up screaming and sweating. It takes time to heal and he wants you to be there to support and understand him.

12. He Wants You To Be Positive

It is easy to drive yourself crazy and start worrying about his safety when he gets deployed. This is where you have to do your best to stay positive no matter how long it takes for him to get back.

While I can’t generalize for all the military men, these are some of the things I can share on what do military guys look for in a girl. If you are planning to be a military girlfriend know that it is not for everyone. Remember that not every relationship is perfect and comes with their own set of struggles.

When it comes to military relationships, they are known to be stronger than other relationships since they already overcome a lot of struggles. Also, don’t forget about the perks of being a military girlfriend. If you can find the right person, it might be worth it.

Signs your ex is miserable

Emojis guys use when they love you

I'm new to the relationship bt the tips are helpful en I'm ready to do anything for him, he deserves a woman like me